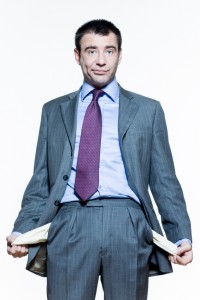 What you should Know about Homelessness and Bankruptcy

Many people who are homeless nonetheless have mountains of debt they are unable to pay. This leads many of them to wonder whether or not they are eligible to file bankruptcy. The short answer to this is yes; however, doing so may not actually be necessary for a number of reasons.Creditors must have a way of collecting money in order to pursue collections actions. As a result, it is very unlikely that any of them would attempt to collect from someone they knew was homeless. Instead, they are more likely to hold onto that debt until a later time in the hopes that the debtor’s situation changes.In all states, there is a statute of limitations on the collection of outstanding debt, which is normally seven years. As such, if this period expires while the person is still homeless, the company will be forced to write off the debt because it is uncollectible. Likewise, they could go ahead and write off debt even before the statute of limitations expires simply because the odds of recovering the money is very low.

Some people recover from homelessness only to find a default judgment has been entered against them for outstanding debt. This may happen because they were unaware of a pending court date, and therefore did not show up to defend themselves. As a result, it could be necessary to file bankruptcy in order to avoid wage garnishments that could once again result in an individual living back on the street.